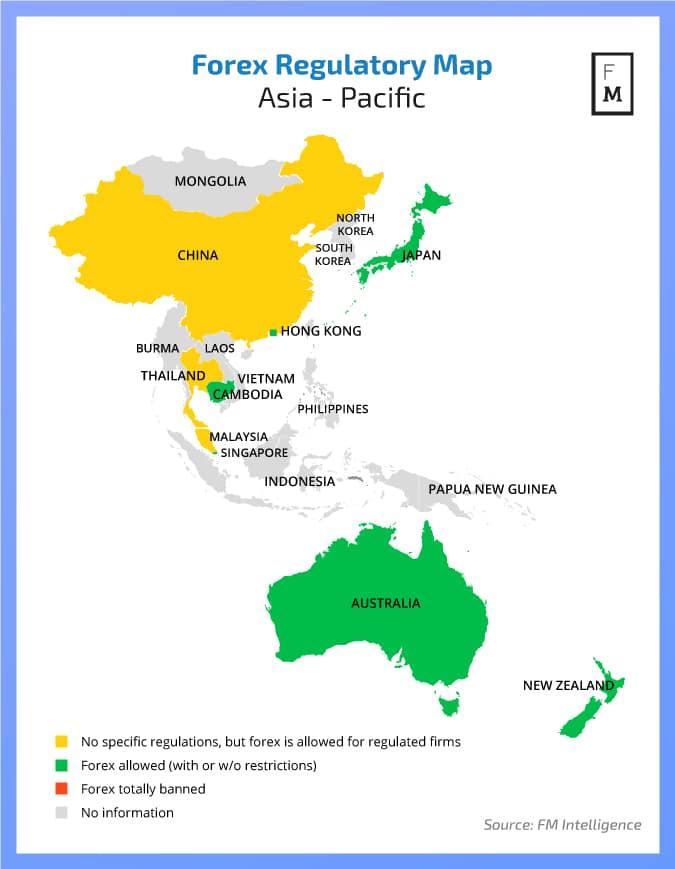 At the beginning of the new year, Finance Magnates, a trading knowledge hub, has published an interesting report about the ranking of countries where Forex traders invests more on the basis of average deposits in relation to GDP per capita.

This survey shows an interesting comparison between the developed and emerging markets and the deposits made in Forex by traders resident in different countries.

Here the top 10 countries in which traders have invested more in Forex in 2016:

Although the more developed countries of course occupy most of the top 10 for average deposits relative to GDP per capita and paid to Forex brokers, some emerging markets had very good results despite their not-exactly-prosperous economy.

It has been proved, in recent years, that Forex market is growing at very high rates in the African continent, is it really surprising that this country does not only come in the standings but it is even in first place.

By the way, European countries lead the way of the top 10, except for Indonesia, Thailand and Saudi Arabia, which demonstrates once again the popularity of the Eastern currency market to many brokers, which are expanding more and more their business in the Middle East, North Africa (MENA) and South East Asia.

Honorable mention goes to Thailand, which is considered by many Forex traders as the market with the greatest growth opportunities for the future.

In recent years the country is in fact attracting the attention of both Japanese and Western broker.

Finance Magnates data show that the most popular brokers in terms of research online in Thailand are SBI Securities, Z.com, GMO Click, FXCM and DMM.

About African countries, Finance Magnates showed also that they outperformed other regions in terms of binary options deposit.

The data of October 2016 revealed that ‘industry’s investment in education and promotion in the continent has worked as, in total, four out of ten leading markets for new traders were from Africa during the month.

This is a stark contrast from the results of September 2016 when no African country entered the list.’(FM)

The top 10 first time deposit for binary options  normalized for the size of GDP (average) is:

The first place of South Africa should not be all that surprising then considering that in September it was the top market for deposits-per GDP for FX brokerages.

Do not forget that South Africa is one of the major trading partners of the advanced economies.

In addition, South Africa is one of the leading exporters of platinum and mineral resources and palladium, platinum derivative, was one of the most popular metals in 2016.

We have therefore seen as Forex and binary options brokers are very interested in the African continent despite the rand is not the best currency at the moment.