Why Do Vcs And Angels Exit Thgrough Ipo 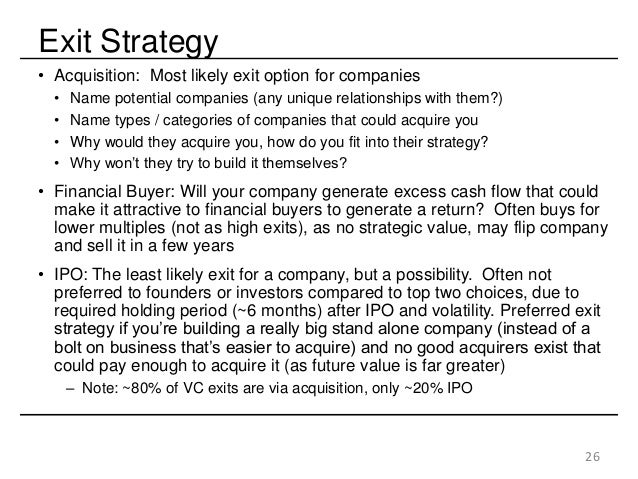 M&A and IPO are NOT Startup Exit Strategies

Many traditional venture capital funds will only make investments through preferred shares.

As VCs reviewed situations where they had lost money, they realized that they could have protected themselves in some situations if they had structured their investment using preferred share structures.

A discussion of how some traditional VC's view this issue is on VentureBlog at http://www.ventureblog.com/articles/indiv/2004/000818.html.

The big question: when is the right time to exit?

Interestingly, the VC author of this blog article also prefers simpler structures. He makes some excellent points on the resulting alignment.

Preferred shares and some of the more controversial "Heavy Pref" VC terms do make sense in some situations.

A good illustration of when liquidation preference makes sense is on VentureBlog at http://www.ventureblog.com/articles/indiv/2003/000185.html

Where heavy preferred share structures make less sense is for early stage investments. The most significant problem these structures create is the misalignment between the entrepreneurs and the investors.

Heavy pref term sheets, by design, create situations where the VCs and entrepreneurs make significantly different amounts of money depending on how the exit is achieved. 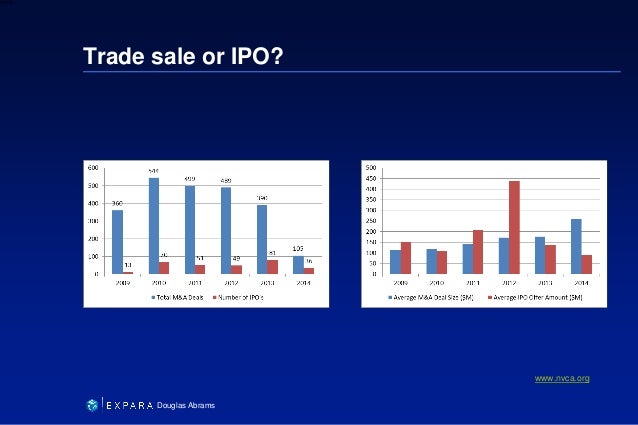 Once this type of structure is in place, there will always be a fundamental, and some say irreconcilable, conflict between what the VCs and entrepreneurs ultimately would like to see happen with the company.

This lack of alignment can be particularly detrimental around the board table.

If a company agrees to a traditional VC, heavy pref investment, it often disadvantages the early-stage and angel investors.

This has created a great deal of animosity between angels and VCs over the past five years or so.

For some flavor on this, check out this article "Pref-share stupidity...