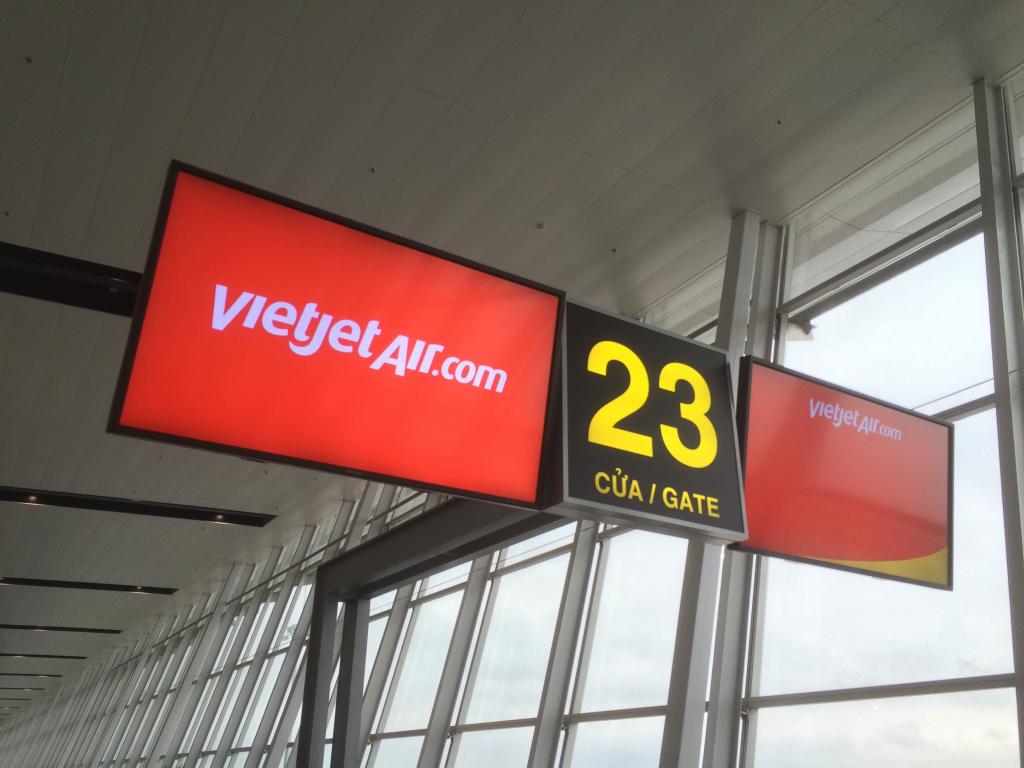 Such goals are admirable, and insiders believe the IPO will bring further success to the “bikini airline”. 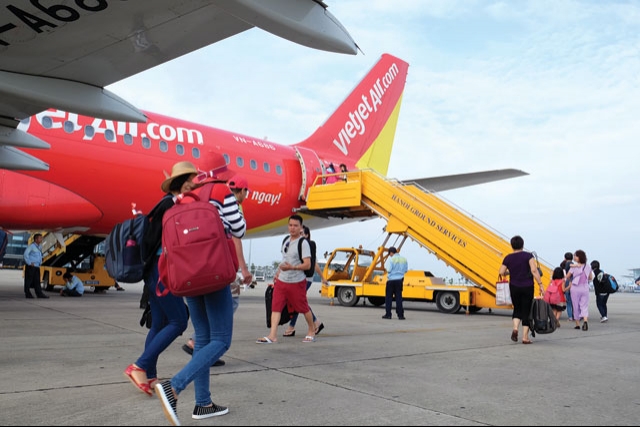 After five years of operations, Vietjet has had a level success that other airlines would envy.

Vietnam’s only private airline ordered 100 new jets from Boeing in May last year, worth $11.3 billion, and signed a contract in September to purchase 20 A321 aircraft from Airbus, witnessed by State President Tran Dai Quang and French President François Hollande.

With the two contracts, it continues to drive towards its goal of having a “Red Revolution” in Vietnam’s aviation sector and becoming a global airline.

Over the six-day holiday, Vietnam Airlines carried 175,146 passengers and Vietjet 209,179, for market shares of 35 per cent and 42 per cent, respectively.

While Vietnam Airlines, in which the State owns more 90 per cent, found it quite difficult to find strategic partners, Vietjet attracted 26 foreign investors after announcing its plan to conduct an IPO.

Vietjet has also closed the gap with Vietnam Airlines in terms of profit.

And its share price is much more attractive than Vietnam Airlines’.

Vietjet’s reference price, meanwhile, has been predicted to stand at VND90,000 ($4).

“The capital raised by Vietjet in the offering will help support the expansion of its international routes and the enlargement of its fleet, which are critical for it to compete in the Asian aviation market - one of the fastest growing and most dynamic aviation markets in the world,” said Mr.

James Grandolfo, a Partner in the Hong Kong office of Milbank, which is the advisor in Vietjet’s IPO.

The appeal of Vietjet is its low cost, as budget airlines have become the key driver of Vietnam’s fast-growing aviation market and transported 55 per cent of domestic passengers in 2016.

Budget airlines are rapidly increasing their market share, with an annual growth rate of 15-20 per cent, according to Mr. Lai Xuan Thanh, Head of CAAV.

Given the strong development of low-cost airlines, Vietjet, the dominant player in Vietnam’s low-cost market, quickly captured a 40 per cent share of the local market and will likely surpass Vietnam Airlines within the next few years as Vietnam’s largest domestic carrier.

So who will benefit from Vietjet’s IPO? Obviously, it’s a win-win for Vietjet and its partners.

The economy, according to many economic experts, will also be a winner from the deal.

“The IPO will be a test of how much foreign capital Vietjet can rally by promising continued expansion and rising profits, banking on the past few years of impressive growth that have turned it from a startup to a major carrier that is expected to soon hold the largest market share in Vietnam.”

In a recent interview with media, Ms.

Make informed decisions with the FT

This raises questions about Vietjet’s ability to absorb one of the region’s largest aircraft orders.

“Vietjet has been extremely successful in its first five years but what they have done has been entirely domestic,” Singapore-based analyst Mr. Brendan Sobie from consultants CAPA was quoted as saying.

“The domestic market will start to slow and it is more difficult to expand internationally.

Some people doubt they can continue growing at the current rate.”

Ms. Thao, however, has dismissed any concern about excess competition, even in China, where local airlines have boomed.

Vietnam : The proportion of Vietjets international revenue reached to 55% in QI/2019

More than ten Chinese carriers have taken to the skies since the country’s aviation regulator relaxed a six-year suspension on new airline licenses in 2013.

“Other countries are still doing business with China, and Vietjet has its own advantages,” she told Reuters.

“We can ally with Chinese airlines when wanting to expand into the country.”

Thao believes that Vietjet’s 2017 profit can increase 30 per cent compared to 2016, the carrier made it clear in its prospectus that there will be challenges in maintaining steady profit growth.

The IPO is also being planned as Bloomberg Asia Pacific Airlines Index slumped 17 per cent in 2016, reversing a 19 per cent gain in 2015.

Among the risks, the competition is set to intensify given the ASEAN Open Skies policy, also known as the ASEAN Single Aviation Market, came into effect in 2015.

If implemented fully, airlines from ASEAN member states can fly freely throughout the region in a unified market.

It would also be more difficult to gain market share now that Vietjet has reached 41 per cent over a few years of continuous expansion.

Vietjet has made good use of Vietnam’s rapidly-growing economy and the increase in younger people wishing to fly.

Its next steps are much more challenging, however, according to analysts and industry leaders, as infrastructure remains underdeveloped.

Many insiders have spoken of Vietnam’s aviation market becoming overheated, which may well be a challenge for the still-fledgling Vietjet Air.

Thanh from CAAV, however, said that Vietnam’s aviation market clearly has untapped potential, with the proportion of people traveling by air being low compared to other countries in the region.

The crowds at Tan Son Nhat International Airport are not the criteria in evaluating growth in the aviation sector, because many other airports in Vietnam are virtually empty.

“Vietnam’s aviation industry needs further growth to catch up with the development of the world’s aviation market and promote the country’s economic development,” said Mr.

Pressure from competitor Jetstar Pacific is also a factor. In July, Jetstar Pacific signed a contract to buy ten Airbus A320 CEO Sharklet aircraft after Vietnam Airlines and Qantas invested $139 million in the budget carrier.

Vietjet Air, therefore, may have trouble increasing its market share.

While buying aircraft is great for headlines and promotions, it may be too many.