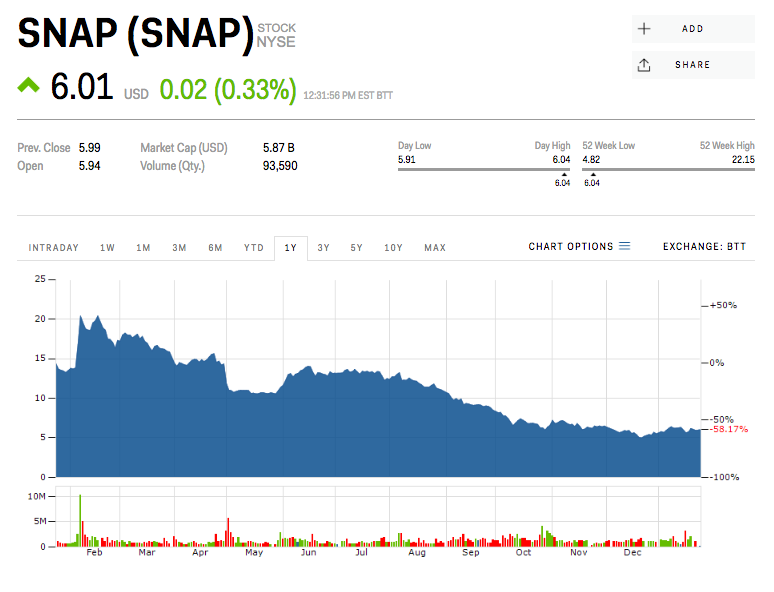 Snap stock is sinking thanks to a new analyst report from Morgan Stanley, which claims, among other things, that Snap is not innovating as quickly as expected. Morgan Stanley downgraded Snap to “equal-weight,” essentially a “hold rating,” putting the stock’s target price at $16, down from $28. That’s a tough blow considering Morgan Stanley was Snap’s lead underwriter for its recent IPO. 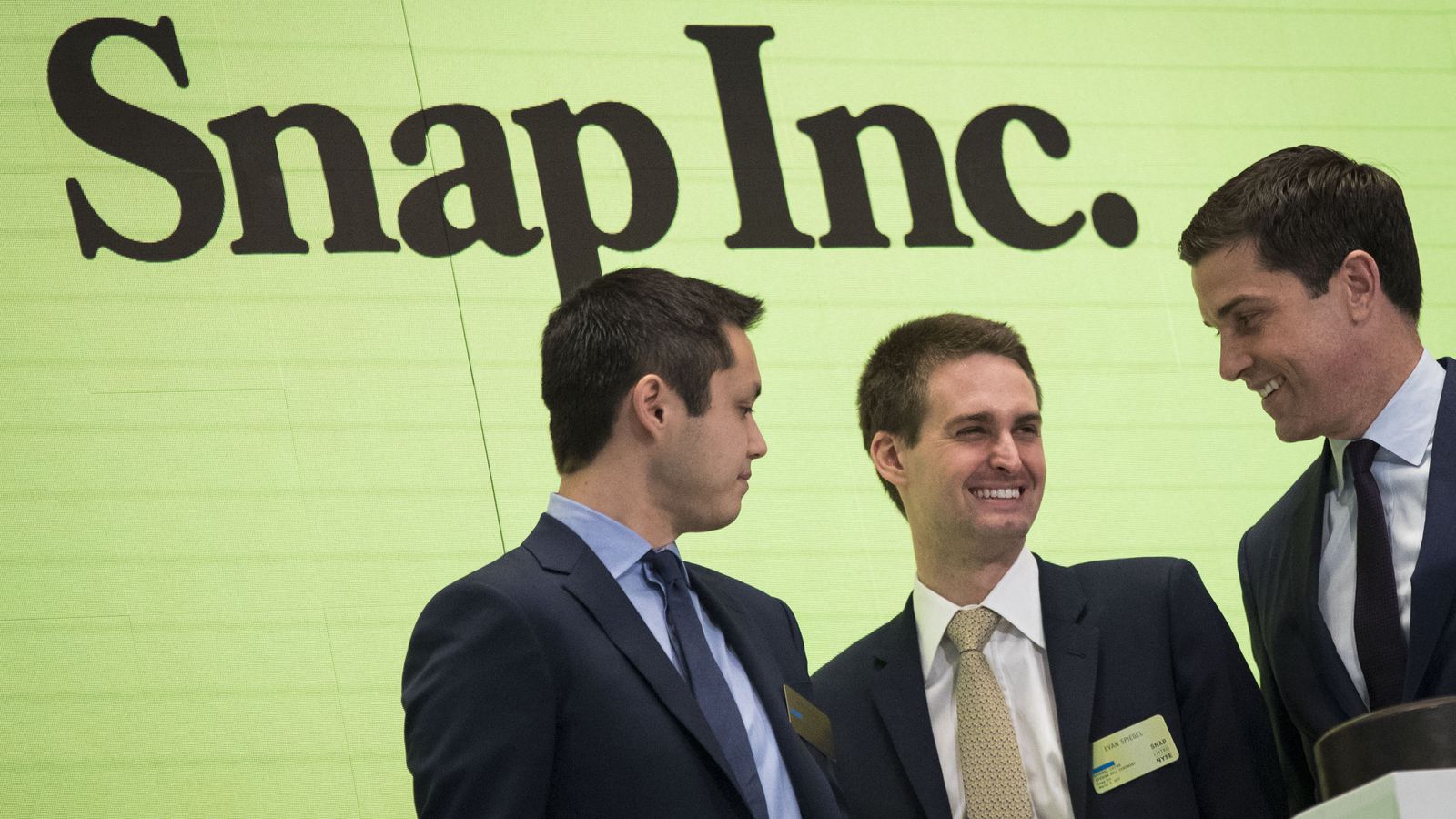 The market has reacted to the downgrade, sending Snap stock down more than 7 percent Tuesday. The stock is currently below $16, which is an all-time low. Snap stock closed at $16.99 on Monday, its first time closing below its $17 IPO price.

Morgan Stanley’s note officially vocalized what many have feared about Snap since it went public, that competition from Instagram is a real concern, and the constant innovation needed to catch up to Facebook on the advertising side is tougher than expected.

“We have been wrong about SNAP’s ability to innovate and improve its ad product this year,” the note reads, mentioning things like targeting and measurability as areas Morgan Stanley would like Snap to improve.

“We also believe user growth trends have also been modestly weaker than expected, though time spent per user has been strong. On competition, we believe Instagram has become more aggressive in competing for SNAP's ad dollars.

As such, we see SNAP ad revenue growth being materially slower than we previously expected.”

Morgan Stanley also wrote that Snap advertisers are not seeing the expected completion rates for their ads that they had hoped, and measuring the actual return on those ads (ROI) has been difficult.

Snap has not yet announced a date for its Q2 earnings call, but it will likely be in early August.