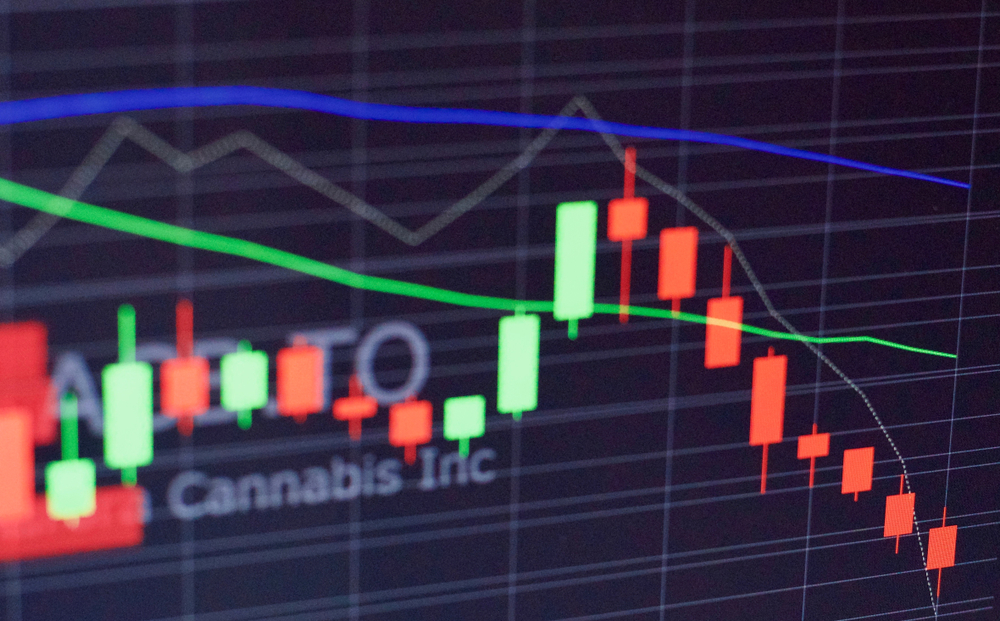 This is the intro that was catching the attention of Gumshoe readers over the weekend, from an ad for Ray Blanco’s Breakthrough Technology Alert ($2,000/yr, no refunds):

“*To claim your free shares of stock in this company, you must act before trading closes on July 31st, 2018”

That just about covers it, right?

You have an immediate deadline, a promise of free shares, a huge profit potential… and all of it quick, since we don’t like to wait around for our $10 million windfalls.

What else would you need to turn this into the perfect teaser pitch? Just squeeze the term “IPO” in there — people LOVE the idea of IPOs, regardless of how unimpressive the performance of most new stocks might be… ever since the dot-com bubble, retail investors have been obsessed with the idea of getting a taste of the next “hot” initial public offering.

So that’s the next bit of the ad…

Oh, man — not just an IPO but a COVERT IPO? That sounds SO COOL! Imagine how fun it would be brag about your huge gains from a SECRET IPO. 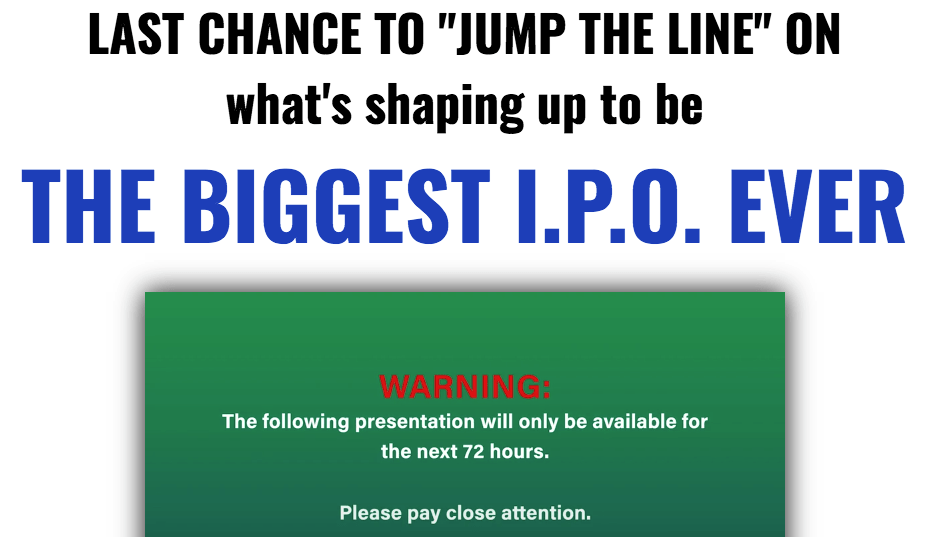 Gets the heart rate up just thinking about it, yeah?

Are you getting our free Daily Update
"reveal" emails? If not,
just click here...

So what business is this “Covert IPO” in? Even more hype potential, because it’s a biotech!

We all know that fortunes have been made with biotech stocks that you buy early or luckily, so it seems like maybe this idea isn’t completely crazy?

Let’s dig in and figure it out, then you can make the call on whether it’s crazy or not. Here’s a bit more from the ad…

“And it’s going to start happening a lot sooner than you’d probably believe.

“Imagine how fast a small company that could beat those three diseases would explode into a $100 billion “mega-cap” to rival Pfizer, Abbott, or Amgen.

Well, you could hardly choose any larger markets than heart disease, cancer and diabetes… that’s the big three, for sure.

So what else do we learn? That Ray Blanco “broke the story” about this “covert IPO” on July 16, and that you have to make your decision by July 31 in order to participate.

And he throws in quite a few other hints, too, including some redacted SEC filings… and those filings are enough for us to find that SEC filing for you, thanks to the power of the Mighty, Mighty Thinkolator… so that’s enough to confirm that the “Covert IPO” they’re talking up is of AgeX Therapeutics.

Which means that they are, yet again, teasing us about BioTime (BTX), the “regenerative medicine” and anti-aging mini-conglomerate run by Michael West… and the stock that has probably been teased more often by Breakthrough Technology Alert than any other.

How does that figure?

Well, AgeX is not actually an IPO, “covert” or otherwise — it’s a spinoff.

AgeX is a subsidiary of BioTime, which owns 85% of the company, and BioTime is spinning out “some or all” of its AgeX shares to BioTime shareholders.

And yes, the “record date” is tomorrow — so if you want to receive AgeX shares from this spinoff, you need to be a BioTime shareholder by tomorrow’s close… though the actual share distribution probably won’t happen until September.

They expect to apply for a listing for AgeX using the ticker AGE, so you could also wait until it’s listed to consider the shares — or, if it’s like a lot of early stage biotech, you can just watch it for a while and assume that there will be weakness in the share price at some point while you’re doing your research.

One primary reason for AgeX to get listed is so that it can raise money for its clinical programs, taking the fundraising burden off of BioTime a little bit, and I would imagine that it’s pretty rare for a preclinical biotech to move consistently higher at the same time that its raising money… unless, of course, they have some kind of blockbuster science under wraps that the market is going to go gaga over.

So… is it important to own shares of AgeX Therapeutics immediately?

Will it be so exciting that you have to buy BioTime to get in early because the stock might get away from you when it actually gets listed and starts trading separately sometime in the next couple months?

You’ll have to make your own call on that, but I will point out that AgeX is essentially an early stage R&D division of BioTime. Here’s how they describe themselves:

“We are focused on the development and commercialization of novel therapeutics targeting human aging.

Our mission is to apply our comprehensive experience in fundamental biological processes of human aging to a broad range of associated medical conditions….

“Our proprietary technology, based on telomerase-mediated cellular immortality and regenerative biology, allows us to utilize telomerase-expressing regenerative Pluripotent Stem Cells (“PSCs”) for the manufacture of cell-based therapies to regenerate tissues afflicted with age-related chronic degenerative disease.

We own or have licenses to a number of patents and patent applications used in the generation of these development-stage products, including intellectual property related to PSC-derived clonal embryonic progenitor cell lines (PureStem® technology) and HyStem® delivery matrices. We plan to initiate our first device application for Renelon™, a first-generation iTR product, in 2018 and subsequently initiate three clinical trials of cell- and drug-based therapies, each targeting large unmet needs in age-related medicine.”

So yes, this is an extension of the stem cell work that CEO Michael West has been involved with for decades, first at Geron and then at BioTime and its various subsidiaries and partners.

And it sounds interesting, to a non-scientist, but it’s also very similar to the stuff that sounded interesting about BioTime ten years ago, when this same newsletter started teasing the stock as a way to build “generational wealth” like the early investors in railroads, automobiles or computers.

Ray Blanco was with Agora and presumably working on this letter at the time, though he wasn’t the headliner — the editor of the letter back then was Patrick Cox, who moved on a little while later to run a similar letter for Mauldin Economics… and apparently Cox still owns shares of BioTime and writes about anti-aging stuff a lot, so you can also see some recent free stuff he’s written about this one here… and Patrick Cox’s new boss, John Mauldin, has joined the board of AgeX.

There is, not so surprisingly, a lot of enthusiasm for “breakthrough” anti-aging treatments among those who are older and wealthy.

I’m not an expert on this technology, of course, but all of this strikes me as still being very early and very pre-revenue — which doesn’t mean it’s not worthwhile or possibly profitable at some point, but it does mean that the promises of making 26X your money are, well, optimistic.

Their more interesting products, the real anti-aging ones, are all preclinical — which means that they haven’t yet been tried in human beings.

They say they expect to initiate clinical trials of those three treatments “subsequently,” which I suppose could mean that they start asking for FDA permission to test in humans fairly soon… which certainly could spur excitement in the shares, but any real results and sustainable gains would presumably be much further off, once there are actual results from at least the Phase 1 clinical trials.

That’s the challenge with this kind of stock, I suppose — huge potential excitement because of the large market and the possibly dramatic effect of the drug, but that excitement meets up with a dramatic need for funding to do clinical trials in these large populations, and the need for years and years of patience as those trials proceed.

BioTime has been around for decades now, most of that time focused on stem cells and regenerative medicine, and it has had to be very promotional — with the help of widely distributed newsletters like those of Patrick Cox and Ray Blanco — in order to keep raising money to keep moving their programs down the field.

They’ve been clever and opportunistic about structuring the company, with lots and lots of divisions, some of which even have revenue (my impression is that the revenue over the years has come mostly from selling materials for research, including stem cell lines, or from some early work in aesthetics)… and they have spun off companies before, with the aim of giving those companies the focus and separate access to capital to enable them to actually fund drug development programs, but unless you’re a nimble trader there hasn’t been a lot of opportunity to build “long term wealth” in this company just yet. 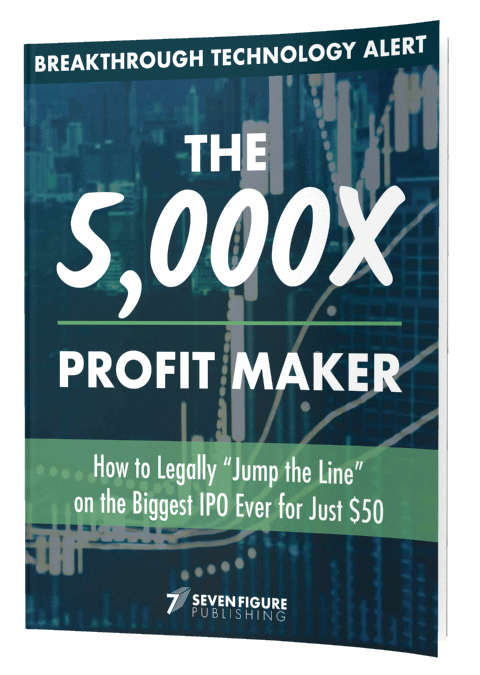 Here’s what BioTime’s stock looks like over the past couple decades: 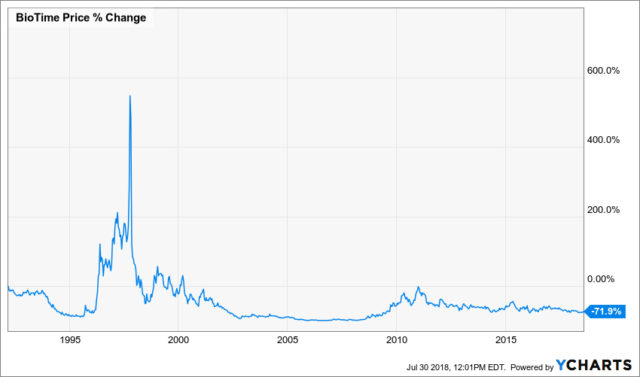 Perhaps more fairly, here’s what the stock has done since Michael West took over as CEO in October of 2007: 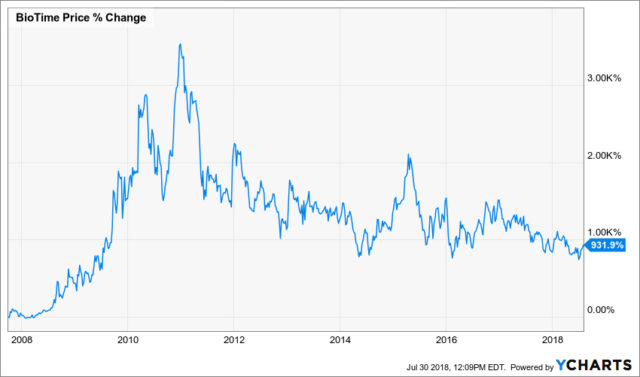 And what it has done since I first noticed it being promoted by Breakthrough Technology Alert in the fall of 2008 (that orange line is the S&P 500, just for comparison): 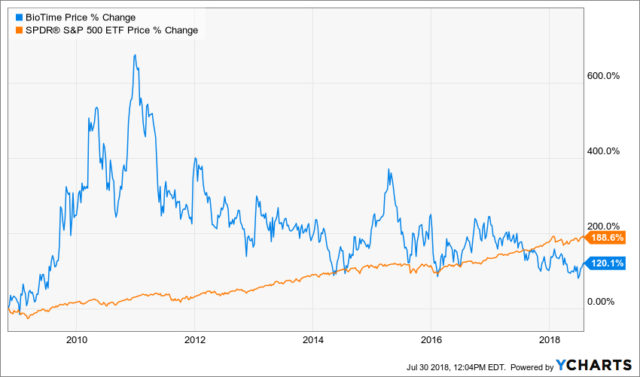 The stock was subsequently teased by either Patrick Cox or Ray Blanco once a year or so — September 2009, June 2010, March 2011, February 2013 and so on until at least 2016… and those are just the teaser pitches I covered, I haven’t searched the email archives here at Gumshoe HQ to see if I missed a few.

And in case it’s the lust for spinoff wealth that drives you, here’s the performance of their last two spinoffs, Asterias Biotherapeutics (AST)… 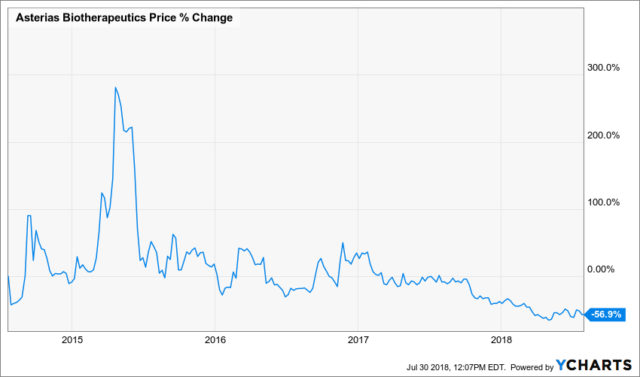 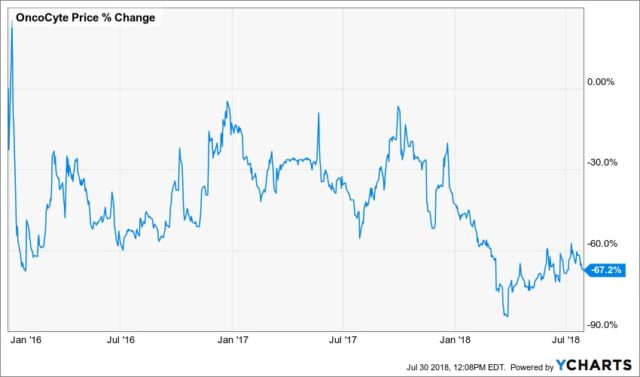 None of that looks like a compelling argument in favor of “this is a stock you must immediately buy and hold whenever Ray Blanco promotes it” … which is not to say that BioTime can’t change the world, or that AgeX won’t be a fantastic company that develops the next great treatment.

They just haven’t yet, and it’s going to take a long time… since I’m not at all an expert in the technology, my job is just to counter the “you’re going to make $10 million!” promotional language and throw a little bit of water on the hype fire, you’ll have to do the rest and make your own call.

It is, after all, your money.

So what do you think?

Whats the best options not to hsve

Is BioTime ready for prime time after spending a few hundred million dollars to move regenerative medicine forward in the past decade? Think they’re about to get another surge of attention to surge the stock higher, or will this be yet another spike before BioTime or AgeX goes out to the market to raise more money, testing the patience of investors who don’t always understand the loooong time horizon required to develop drugs, particularly novel drugs?

Let us know where your head’s at with a comment below.

And yes, I have no idea what the answers are for this one, which is why I generally avoid investing in drug development — but certainly it’s a sector where getting the science and the timing right has created some great trading gains in the past… and, yes, even a few fortunes. Enjoy!

We’re always interested to know what readers think of the newsletters they subscribe to, so if you’ve ever tried out Breakthrough Technology Alert, please click here to share your opinion and experience with your fellow investors. Thanks!

Join as a Stock Gumshoe Irregular today (already a member? Log in)