Mechanics Of The Ipo Process 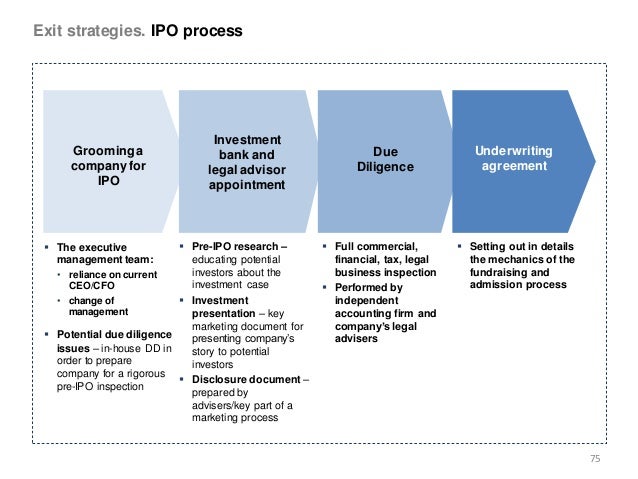 The underwriter agrees to pay the issuer a certain price for a minimum number of shares, and then must resell those shares to buyers, often clients of the underwriting firm or its commercial brokerage cousin. Each member of the syndicate will agree to resell a certain number of shares.

The underwriters charge a fee for their services.

For example, if BigGlom Corporation (BGC) wants to offer its privately- held stock to the public, it may contact BigBankBrokers (BBB) to handle the underwriting.

BGC and BBB may agree that 1 million shares of BGC common will be offered to the public at $10 per share. BBB’s fee for this service will be $0.60 per share, so that BGC receives $9,400,000. BBB may ask several other firms to join in a syndicate and to help it market these shares to the public.

A tentative date will be set, and a preliminary prospectus detailing all sorts of financial and business information will be issued by the issuer, usually with the underwriter’s active assistance.

Usually, terms and conditions of the offer are subject to change up until the issuer and underwriter agree to the final offer.

The issuer and the underwriting syndicate jointly determine the price of a new issue.

The approximate price listed in the red herring (the preliminary prospectus – often with words in red letters which say this is preliminary and the price is not yet set) may or may not be close to the final issue price.

Consider NetManage, NETM which started trading on NASDAQ on Tuesday, 21 Sep 1993. The preliminary prospectus said they expected to release the stock at $9-10 per share. It was released at $16/share and traded two days later at $26+.

In this case, there could have been sufficient demand that both the issuer (who would like to set the price as high as possible) and the underwriters (who receive a commission of perhaps 6%, but who also must resell the entire issue) agreed to issue at 16. If it then jumped to 26 on or slightly after opening, both parties underestimated demand. This happens fairly often.

IPO Stock at the release price is usually not available to most of the public.

You could certainly have asked your broker to buy you shares of that stock at market at opening. 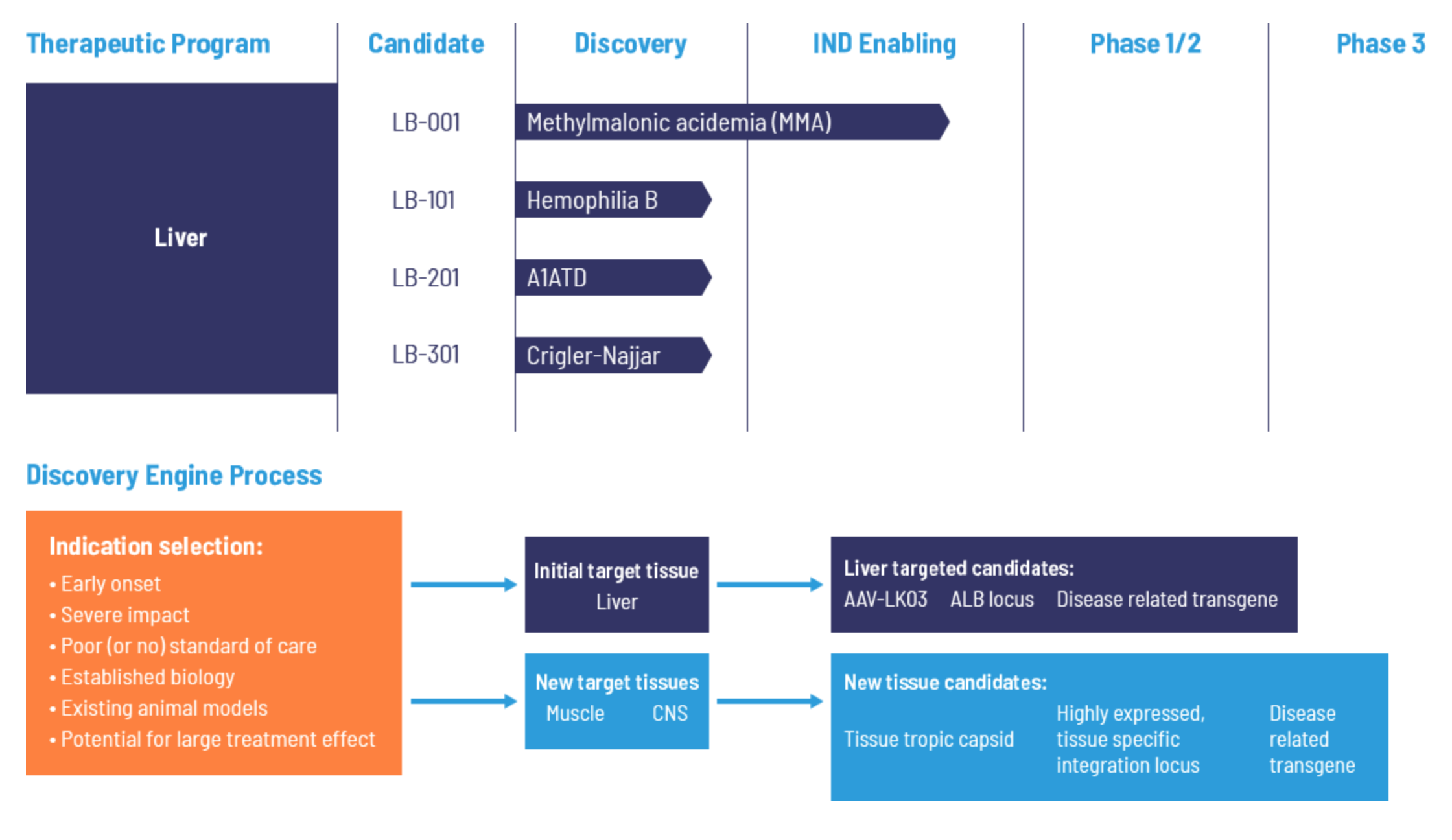 By the way, if you get a cold call from someone who has an IPO and wants to make you rich, my advice is to hang up.

That’s the sort of IPO that gives IPOs a bad name.

Even if you that know a stock is to be released within a week, there is no good way to monitor the release without calling the underwriters every day.

The underwriters are trying to line up a few large customers to resell the IPO to in advance of the offer, and that could go faster or slower than predicted. Once the IPO goes off, of course, it will start trading and you can get in on the open market.

The Mechanics of Stock Offerings

The Securities Act of 1933, also known as the Full Disclosure Act, the New Issues Act, the Truth in Securities Act, and the Prospectus Act governs the issue of new issue corporate securities.

The Securities Act of 1933 attempts to protect investors by requiring full disclosure of all material information in connection with the offering of new securities.

Part of meeting the full disclosure clause of the Act of 1933, requires that corporate issuers must file a registration statement and preliminary prospectus (also know as a red herring) with the SEC.

The Registration statement must contain the following information:

Once the registration statement and preliminary prospectus are filed with the SEC, a 20 day cooling-off period begins.

During the cooling-off period the new issue may be discussed with potential buyers, but the broker is prohibited from sending any materials (including Value Line and S&P sheets) other than the preliminary prospectus.

Testing receptivity to the new issue is known as gathering “indications of interest.” An indication of interest does not obligate or bind the customer to purchase the issue when it becomes available, since all sales are prohibited until the security has cleared registration.

The final prospectus contains all of the information in the preliminary prospectus (plus any amendments), as well as the final price of the issue, and the underwriting spread.

The clearing of a security for distribution does not indicate that the SEC approves of the issue. 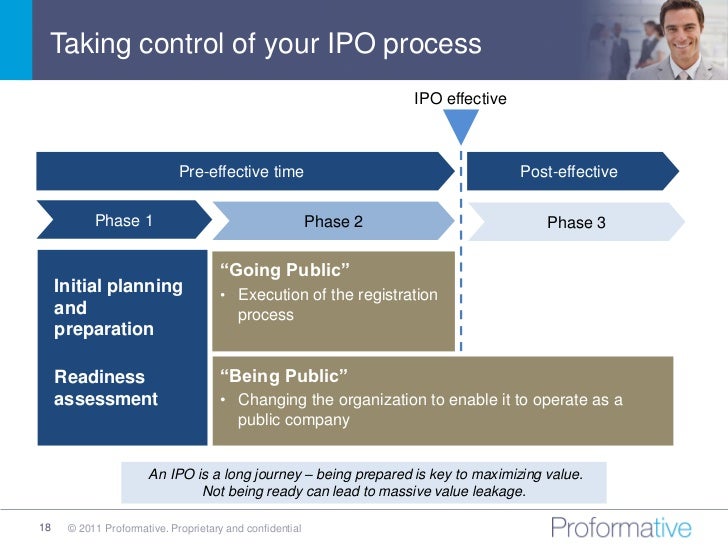 The SEC ensures only that all necessary information has been filed, but does not attest to the accuracy of the information, nor does it pass judgment on the investment merit of the issue. Any representation that the SEC has approved of the issue is a violation of federal law.

The underwriting process begins with the decision of what type of offering the company needs.

The company usually consults with an investment banker to determine how best to structure the offering and how it should be distributed.

In addition to the IPO and additional issue offerings, offerings may be further classified as:

The next step in the underwriting process is to form the syndicate (and selling group if needed).

Because most new issues are too large for one underwriter to effectively manage, the investment banker, also known as the underwriting manager, invites other investment bankers to participate in a joint distribution of the offering.

The group of investment bankers is known as the syndicate. Members of the syndicate usually make a firm commitment to distribute a certain percentage of the entire offering a nd are held financially responsible for any unsold portions.

Selling groups of chosen brokerages, are often formed to assist the syndicate members meet their obligations to distribute the new securities. Members of the selling group usually act on a ” best efforts” basis and are not financially responsible for any unsold portions.

Under the most common type of underwriting, firm commitment, the managing underwriter makes a commitment to the issuing corporation to purchase all shares being offered.

If part of the new issue goes unsold, any losses are distributed among the members of the syndicate.

Whenever new shares are issued, there is a spread between what the underwriters buy the stock from the issuing corporation for and the price at which the shares are offered to the public (Public Offering Price, POP).

The underwriting fee us usually distributed to the three groups in the following percentages:

In most underwritings, the underwriting manager agrees to maintain a secondary market for the newly issued securities.

In the case of “hot issues” there is already a demand in the secondary market and no stabilization of the stock price is needed. However many times the managing underwriter will need to stabilize the price to keep it from falling too far below the POP. SEC Rule 10b-7 outlines what steps are considered stabilization and what constitutes market manipulation.

Mechanics of the ipo process

Managing underwriters may also discourage selling through the use of a syndicate penalty bid.

Although the customer is not penalized, both the broker and the brokerage firm are required to rebate the selling concession back to the syndicate.

04 Intro To Stocks - The IPO Process

Many broke rages will further penalize the broker by also requiring that the commission from the sell be rebated back to the brokerage firm.

IPO’s in the Real World

Of course knowing the logistics of how IPO’s come to market is all fine and dandy, but the real question is, are they a good investment?

That does tend to be a tricky issue. On one hand there are the Boston Chickens and Snapples that shoot up 50% or 100%.

How to make an ea forex

But then there is the research by people like Tim Loughran and Jay Ritter that shows that the average return on IPO’s issued between 1970 and 1990 is a mere 5% annually.

How can the two sides of this issue be so far apart?

An easy answer is that for every Microsoft, there are many stocks that end up in bankruptcy. But another answer comes from the fact that all the spectacular stories we hear about the IPO market are usually basing the percentage increase from the POP, and the Loughran and Ritter study uses purchase prices based on the day after the offering hit the market.

For most investors, buying shares of a “hot” IPO at the POP is next to impossible.

Starting with the managing underwriter and all the way down to the investor, shares of such attractive new issues are allocated based on preference. Most brokers reserve whatever limited allocation they receive for only their best customers. In fact, the old joke about IPO’s is that if you get the number of shares you ask for, give them back, because it means nobody else wants it.

While the deck may seem stacked against the average investor.

For an active trader things may not be as bad as they appear.

The Loughram and Ritter study assumed that the IPO was never sold. The study does not take into account an investor who bought an issue like 3DO (THDO – NASDAQ), the day after the IPO and sold it in the low to mid 40’s, before it came crashing down.

Obviously opportunities exist, however it’s not the easy money so often associated with the IPO market.

Portions of this article are copyright 1995 by Bill Rini.