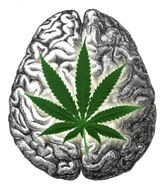 As 2018 draws to a close and the reality of recreational marijuana in Canada sinks in, the next round of initial public offerings in the cannabis sector will likely come from U.S.-based companies looking to raise cash.

For Canadian companies, the IPO party is most likely just about over, according to ETFMG Alternative Harvest ETF


partner Jason Wilson, who doesn’t expect a swath of freshly capitalized Canadian companies to list in 2019.

At the close of this year, there are already dozens of publicly traded firms in the chilly country battling one another for the recreational market that has kicked off with more of a whimper than a bang.

In Canada, recreational marijuana sales have been hampered by supply shortages that in the country’s most populous province, Ontario, meant the only method of legal weed purchase was an online store that launched in the middle of a postal strike.

Other provinces had difficulties too — Alberta, for example, has suspended its licensing of bricks-and-mortar retail locations because it had only received 20% of the marijuana it had ordered since Oct. 17.

As a result, Wilson said that he expects IPO activity to slow to some degree because firms that have managed to go public — like Tilray Inc.


, which became the first cannabis IPO on the Nasdaq in 2018, and rivals such as Aurora Cannabis Inc.


— now have to deliver on the promises they made to investors.

A guide to pot stocks: What you need to know to invest in cannabis companies

“We’ve seen a big runup in the early movers and the stock prices have run but have now corrected. Investors want to see actual revenues and net income and implementation of business plans. A lot of these companies have up until this point just been fully funded business plans.”

Where investors can expect to see IPO action is south of the 49th parallel, where cannabis remains illegal under federal law, a fact that has not deterred some operators from listing on the one place that will accept them: the Canadian Securities Exchange.

There are also a number of pot-adjacent technology and product companies that don’t actually handle marijuana themselves and may be able to list on larger exchanges. It’s also possible that, following the recent passage of the farm bill, that several hemp-focused companies will list in the U.S.

Here are some of the cannabis companies that could go public in 2019.

The cannabis-focused vaporizer company raised $20 million from investors in October, valuing the startup at $5 billion.

The San Francisco-based company was founded by James Monsees and Adam Bowen, who also launched the nicotine vaporization maker Juul, which has separately been valued at roughly $15 billion by investors, which now include Marlboro maker Altria Group Inc

At the moment, Pax produces vaporizers designed to be used with cannabis flower, and a pen and pod system for use with cannabis oil.

Pax hired Bharat Vasan, a seasoned executive who has spent 15 years in consumer hardware, as chief executive in 2018. Because Pax does not produce or touch marijuana, it’s possible it could list on a major exchange like the New York Stock Exchange.

Pax said that it “wasn’t in a position to address [going public] at the current time” when asked about its plans to IPO.

With a recreational pot market larger than Canada’s, California is home to hundreds of cannabis businesses of various sizes and stages of development, but none are allowed to list on large exchanges because they are illegal by federal law.

One business that will seek to break onto a big U.S. exchange is KushCo Holdings Inc.


, a Garden Grove, Calif.-based operator that produces packaging for various forms of marijuana products, among other business units that do not involve actually touching the plant.

The company is currently traded over the counter in the U.S.

and logged 2018 full-year losses of $10.2 million on revenue of $52.1 million, up from a small profit of $69,464 and sales of $18.8 million the year before. CEO Nick Kovacevich said in a telephone interview that the company dipped into losses on purpose, because after a recent fundraising round it planned to grow its top line before it swings back to profitability in 2020.

Read also: How one exchange became the go-to destination for cannabis stocks

Kovacevich said the company is trying to list on the Nasdaq or NYSE in the first half of 2019 and has been focused on an IPO for the “past several months.” Kovacevich said KushCo will be one of the first stocks that will allow institutional investors to bet on the cannabis industry, and that the company will be a much safer, better alternative to investing in companies listed on the CSE or elsewhere.

Doing business as FLRish IP LLC but commonly known as Harborside, after the chain of retail pot shops it operates in the San Francisco Bay Area, this company has made no secret about its plans to list on the CSE in 2019.

According to CEO Andrew Berman, Harborside aims to raise roughly $50 million through a private placement and plans to list within the first quarter of 2019. While the company used to operate as a nonprofit medical cannabis dispensary, Berman has been moving the enterprise to a for-profit business, and a part of that has been its capital markets strategy — though he said neither the company’s nonprofit mission nor its services will change.

Like other companies listing on the CSE, Berman said that Harborside will complete a reverse takeover of an already existing and listed entity.

The company plans to use the additional capital to expand its current retail operations and cultivation facilities near Salinas, Calif., among other things. Berman says Harborside aims to file a listing statement before the end of 2018.

Since it’s illegal under federal law, data on the cannabis industry has been hard to come by.

But as more states have legalized both recreational and medical pot, a slice of the sector has emerged to cater to various pot producers hungry for market intelligence. At the moment, there are three market leaders: BDS Analytics Inc., Frontier Financial Group Inc.

How To Invest in Cannabis - 3 Best Marijuana Stocks For 2019

Headset and Frontier did not respond to a request for comment. BDS said it has no plans to go public “at this time.”

Israeli parliament has approved a law that will allow companies within the country to export medical pot late Tuesday.

Though the bill still needs approval from cabinet members and the country’s prime minister, one of the eight companies cultivating medical pot in the tiny country, InterCure Ltd., has said it plans to list on the Nasdaq in mid-2019.

Importance of ipo of any company

The company cultivates weed at one farm in Israel and is building grow facilities in 10 other countries in Europe, where it aims to sell medical pot. The company told Reuters it is now producing about five metric tons of cannabis a year, and plans to produce more than 100 metric tons in the next 18 months.

InterCure stock has gained 1,223% this year.