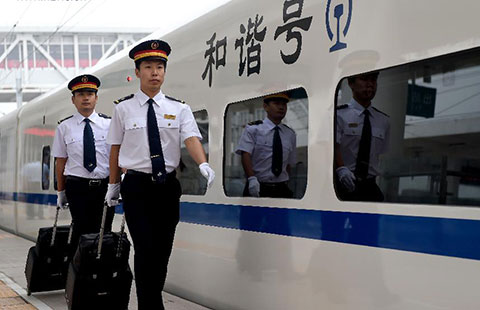 According to the prospectus, the company's revenue increased at a CAGR of 17.4 percent to 1.6 billion yuan (233.2 million U.S.

The interest income, which mainly comes from the loan, financial leasing and factoring business, is the major source of its revenue, contributing 89.6 percent of the total in the first half of this year.

The financial firm also revealed that it funds operations through equity financing, borrowings from banks, issuance of corporate bonds, trust loans and other sources.

It is noteworthy that in 2017, Zhengqi Financial was accused of illegally using its peer-to-peer lending platform to raise funding for itself. But the person in charge of the company denied the allegation.

Legend Holdings started to plan the independent listing of its financial business early in 2017.

Zhu Linan, president of Legend Holdings, mentioned at the 2017 results press briefing that the financial segment is most likely to be the pillar contributor to Legend Holdings' profit.

Starting as a computer producer with the brand name Lenovo, Legend Holdings now has made comprehensive deployment in the financial field.

dollars) from its financial services for the first two quarters in 2018, with net profit surging by 78 percent to hit 1.25 billion yuan (182.2 million U.S.