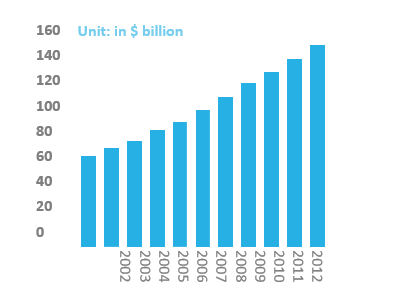 Nearly 14 years after it was founded, Limeade just made its initial public stock offering, but its executives won’t be ringing the opening bell on Wall Street.

Limeade, an employee experience software company based in the Seattle area, is now publicly traded on the Australian stock market, raising more than $68 million in an IPO that puts its market value at $335 million.

The company, which has 230 employees, is projecting $47 million in revenue this year, and a net loss of $6.2 million. It expects revenue to exceed $56 million next year, with its net loss growing to more than $12 million.

Its tools are targeted primarily to companies with more than 5,000 employees, but it also serves smaller companies through partners.

The sector represents “a huge untapped software opportunity,” said Henry Albrecht, the company’s CEO and co-founder. Limeade’s prospectus estimates the market for employee experience software to be about $16 billion globally.

They were more than 7,700 miles from Sydney, home of the Australian Securities Exchange, but the distance didn’t dampen the enthusiasm.

“It’s probably the most gratifying company financing any company could hope for, because it allows us to stay true to our mission and to build a company around making work better,” Albrecht said.

“There were a lot of people who supported us early on, who now can see that we weren’t as crazy as the rest of the world thought we were.”

Why Australia? The ASX, as it’s known, is preparing to launch a new index that has been dubbed the “Aussie Nasdaq,” officially known as the S&P/ASX All Technology Index. As reported by the Financial Review of Australia, the index is geared toward companies valued in the tens of millions or hundreds of millions of dollars, rather than typical Nasdaq valuations of more than $1 billion.

“They’re actively marketing themselves as a great source of capital to companies of our size, technology bent and growth profile,” Albrecht said in an interview this week.

“They made themselves visible to us, and in exploring all of our financing options, there’s just a lot to love about our friends down under.”

The company plans to put proceeds from the IPO toward sales and marketing and R&D to fuel new growth, in addition to paying off debt.

Limeade raised a total of $34 million in venture capital financing since its founding, and has spent a cumulative total of $74 million on research and development, according to its prospectus.

The prospectus says the company sees competitors large and small in different segments where it operates, such as Gallup, Glint and SAP Qualtrics in employee engagement; 15Five, Betterworks and Reflektive in goals and feedback; and Castlight, Evive and Virgin Pulse in employee well-being.

In advance of the IPO, Limeade appointed several new board members:

Both MacCallum and Judson are based in Australia, giving the company valuable experience in the country.

Continuing as board members along with Albrecht are Steve Hamerslag, co-founder of Limeade investor TVC Capital, and Seattle-based business leader Chris Ackerley.

Albrecht described the revamped board as “a powerful, experienced, globally savvy, diverse set of people who can really help us grow and fulfill our potential.”

Limeade is not the first Seattle-area tech company to go public on the Australian exchange.

Mobile advertising technology company Syntonic and Internet of Things data platform Buddy previously went public but through a different process, merging with companies that were already listed there.

The timing of the Limeade IPO, in advance of the U.S.

holidays, prevented the company from being in Australia for the stock market debut, but they rang a virtual bell in Bellevue to launch the listing, and they’re planning to be in Sydney at a future date to ring the real ASX bell.

Here are more details from the filing.

30, the company had 176 corporate customers representing more than 2.4 million employees and other users.

Albrecht, a Seattle native with a background in literature and economics, was inspired to start Limeade based in part on his experience working at Intuit.

Cryptocurrency under one dollar

He was inspired by the leadership of Intuit founder Scott Cook, “because of how intentional he was about building a great company,” Albrecht said in a 2015 interview with entrepreneur Sramana Mitra. Limeade resulted from Albrecht’s quest to “build a company around this idea that you can measurably improve well-being in the world,” he explained at the time.

Speaking with GeekWire in advance of the IPO this week, Albrecht said he continues to draw inspiration from the four years he spent at Intuit.

“I feel like we’re built to be a mission-driven public company, and we’ve taken a few pages out of the Intuit book over the years related to culture and values and customer obsession,” he said, pointing out that Cook set a vision that’s still in place more than 25 years later.