With a market share of 50%, it was the largest producer of manganese ore in India in the fiscal year 2008.[2] MOIL Limited has been ranked #486 among the 500 top companies in India and 9th in the Mines and Metals Sector of the Fortune India 500 list for 2011.[3] MOIL operates 10 mines, six located in Nagpur and Bhandara districts of Maharashtra and four in the Balaghat district of Madhya Pradesh.

Of the 10, seven are underground mines (Kandri, Munsar, Beldongri, Gumgaon, Chikla, Balaghat and Ukwa mines) and three are opencast mines (Dongri Buzurg, Sitapatore, and Tirodi).[1] Its Balaghat mine is the deepest underground manganese mine in Asia.[4]

In December 2010, the government divested about 20% of its equity through an IPO.

MOIL was originally set up as "Central Province Prospecting Syndicate" in the year 1896 in the region of Maharashtra and Madhya Pradesh.

It was later renamed as "Central Provinces Manganese Ore Company Limited (CPMO)" in 1935. 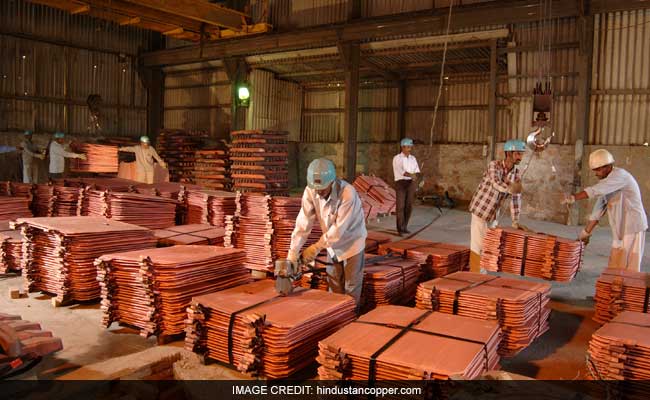