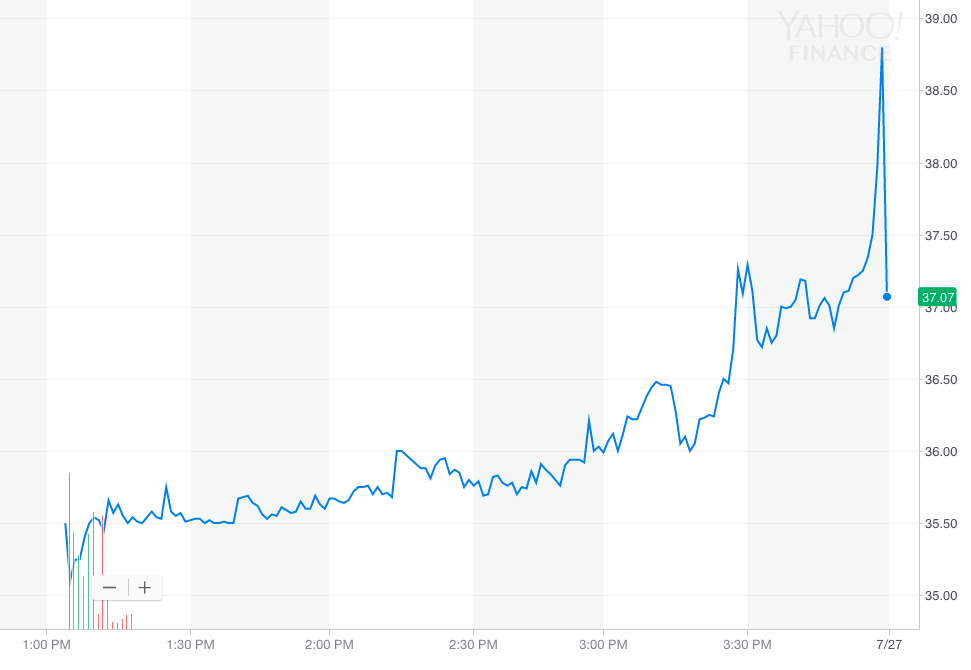 When a firm in the advisory business refers to assets, its widely presumed they mean AUM. Indeed, the SEC has a strict definition of assets under management, which advisory firms must report on their Form ADV.

And that number -- "more than $70 billion in total client assets," according to a press release issued last April -- turns out to be more than twice the amount of assets managed by the company's partner firms, which now number 30.

Those AUM numbers, Focus founder and chief executive Rudy Adolf maintains, "only reflect part of the economics of the business.

In the industry, 'client assets' is the broadest definition that includes AUM, AUA, consulting assets, TAMP assets, assets under administration, held-away assets, international assets, etc.,  all of which drive economics with different margins, but go beyond the standard regulatory definitions."

Indeed, when asked recently for the AUM of its 30 partner firms, Focus declined to answer. Yet the combined total, according to a deep dive into those firms' ADV filings, amounted to $31 billion under management and an additional $10 billion under advisement -- considerably lower than what the firm had previously publicized.

In May 2014, Focus stopped using asset numbers altogether and instead described itself as a leading partnership "with over $300 million in annual run rate revenues."

Annual run rate revenues, defined by Adolf as "the current revenue base plus transactions that have been closed" is a more meaningful metric, he argues, because "it is the most accurate reflection of the growth of the business."

Focus says it has never disclosed either assets under management or those under advisement.

But it did publicize the AUM -- incorrectly, as it turns out -- for one of its partner firms, Buckingham.

A Focus marketing flier published sometime within the last two years boasted that "Since joining the partnership in 2007, Buckingham has grown its assets under managements from $7B to over $17B in 2013."

According to an ADV filed this past November, however, Buckingham Family of Financial Services' AUM was $5.9 billion -- an $11 billion discrepancy.

"It should be described as AUM and AUA, including assets from our TAMP, BAM Advisor Services," he says.

Assets  "don't tell you anything about the way a business is run, the clientele, or the value of the business," Birenbaum says. "When we value a business we look at revenue and earnings and free cash flow."

After all, he argues, two firms with the same AUM can have vastly different investment strategies, average client size, fee structures and profitability.

"Assets aren't irrelevant; they are just one part of the equation," Birenbaum says.

That may be one reason that M&A experts use other metrics when it comes to valuing an advisory firm for a sale.

Discounted cash flow is the gold standard, says David DeVoe, founder of a San Francisco-based M&A firm for RIAs: "The value of assets as a valuation metric is more in the realm of chatter over cocktails or golf."

For an individual RIA, publicizing any asset figure other than AUM amounts to "marketing b.s.," says Jeff Spears, co-founder and chief executive of Sanctuary Wealth Services, a San Francisco-based outsourcing provider for RIAs.

"It's apples and oranges," Spears says.

"Wall Street counts [total] assets and the RIA world is all about assets you can charge fees on."

"Billable assets are what matters.  If a firm is deriving repeatable annual management fees from client assets, that's a value driver."

Yet throughout the industry (and the media that cover it), AUM and AUA are both used as a shorthand in referring to a firm's size. And Focus is hardly the only firm that has used -- or uses -- more generous asset numbers for promotional and publicity purposes.

"My impression of Focus is that they have been quite successful at adding service and acquisition leverage to their associated firms," he says.

Focus, which is private equity-backed and may be pointing itself toward an ultimate sale or public offering, "moved from assets to revenues as it is a better reflection of the tremendous growth of Focus," Adolf says.

"Assets are not a good indicator of scale and success; revenues and EBITDA however, are, particularly for holding companies."

"To truly learn about business success analysts need to dig way deeper than crude asset numbers," he adds, "which is why we moved to revenues as a more interesting and precise indicator across the Focus partner group." (Adolf said recently that Focus is not planning an IPO or sale in 2015 -- although plans, of course, can change.)

So what about the value of "annual run rate revenues" that Focus now publicizes?