Asia-Pacific's first Japan-focused retail business trust will debut on the Singapore Exchange this week at an Initial Public Offering (IPO) price of S$0.93.

Croesus Retail Trust, the first of its kind on the SGX, will begin with an initial portfolio of 4 shopping mall properties in the regions of Kanto and Kansai.

Prospective investors may wish to note that CRT will not take the structure of a REIT.

It will instead take the structure of a business trust, hence not obligated by law to distribute any minimum amount to investors. However CRT has stated in its prospectus that it will distribute 100 percent of its distributable income for the period from the listing date to 30 June 2014 and from 1 July 2014 to 30 June 2015.

Beyond this period, CRT has stated that it will seek to distribute at least 90 percent of its distributable income. But they have maintained the caveat that this is not guaranteed and will be at CRT's discretion.

CRT's initial 4 properties are 100 percent leased by a total of 399 tenants with a weighted average lease to expiry (WALE) of 11.3 years.

When is the best time to exercise share options

Current valuation of the portfolio stands at JPY 52.5 billion comprising of 180,622 square meters of retail space. All its properties are on freehold.

This is a tremendously handsome projection given that yields for most REITs on the STI have been compressed to its lowest level in years.

Another pull factor is the fact that the trust is backed by 2 of Japan's largest listed companies as its strategic partners - Daiwa House and Marubeni, both listed on the Tokyo Stock Exchange since the 1950s.

Its initial properties are also fully leased and are not in any immediate danger of vacancy for at least another 10 years or so.

However there are several factors that prospective investors may need to be aware of. First of which is the Japanese law which governs lease terms of commercial properties in Japan. Under the Land Lease and Building Lease Law of Japan, tenants are granted a statutory right to require a reduction in the rent payable if they are able to show that their rental rates are unreasonably high in comparison to other buildings in the vicinity.

What this means is that even as the building remains fully tenanted, CRT may not be able to effectively maintain organic growth over the years if it is not able to raise rent.

Singapore Retail REIT investors who are accustomed to favorable lease terms such as the Triple Net may find this a little unsettling.

Given that the total fertility rate (TFR) of Japan is one of the lowest in the world and that most of its population are already within middle class demographics, it remains unclear at this point of time how sustainable growth in the retail sector would be be in the long term.

CRT is expected to have an aggregate leverage of approximately 43.7 percent as at listing date. This is relatively high given that gearing levels for Singapore-listed REITs have rarely exceeded 40 percent. 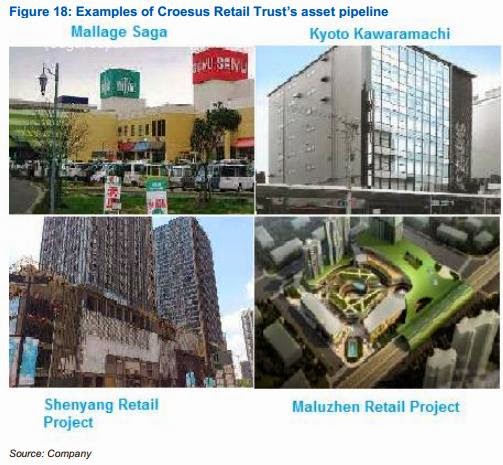 Should interest rates rise, as some say they would inevitably, CRT unit holders may find themselves saddled with disproportionately high borrowing costs that could chip away at distributable income. Bear in mind again that CRT is but a business trust with no minimum distribution obligations.

Investors of another Japan-focused REIT listed in Singapore, Saizen REIT, may have ample stories to share on how currency risk have affected them over the years.

Investors who are keen to get on the Japanese retail scene may pick up the prospectus for more information and do a thorough analysis before committing. IPO subscription for CRT opened to the public last Friday. Investors keen to have a piece of the trust will have till noon of Wednesday, 8 May 2013 to do so at the ATM of either DBS Bank, OCBC Bank or UOB Bank islandwide. 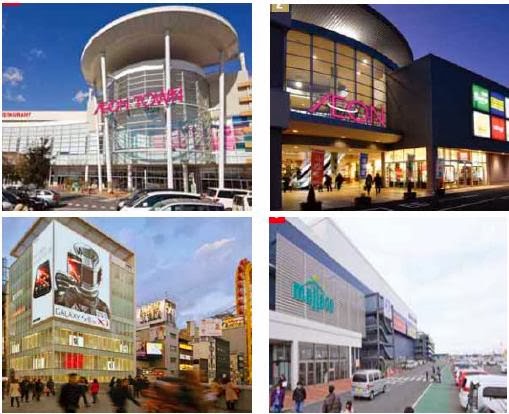 Units of CRT will commence trading on the Singapore Exchange on 10 May 2013 at 1400 hours.