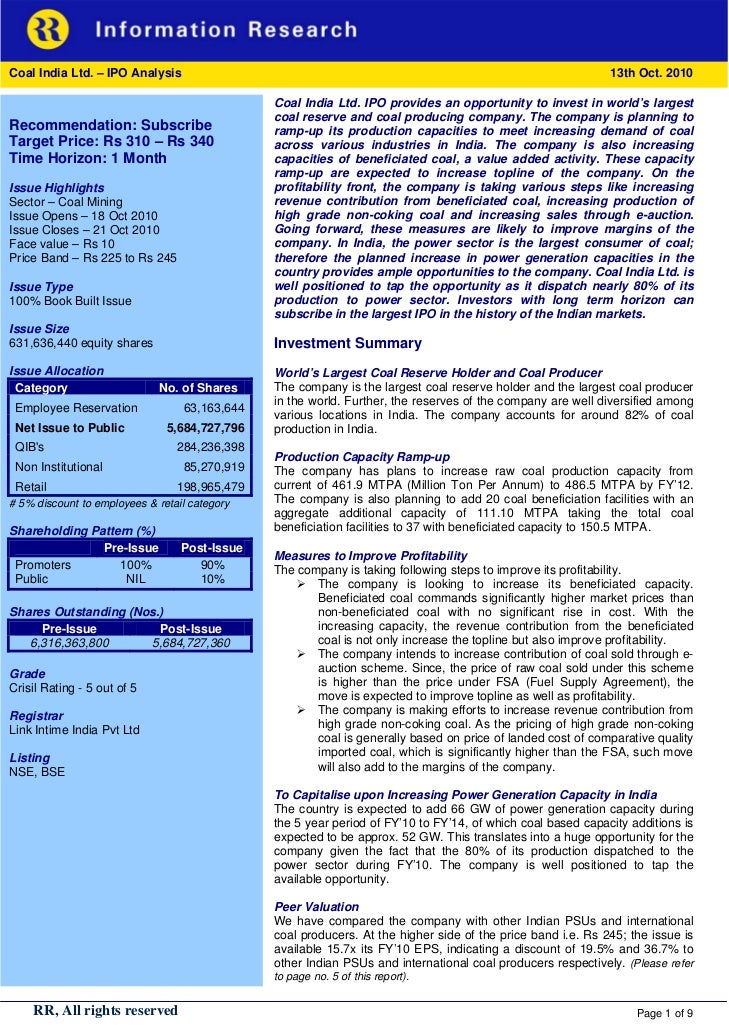 Coal India Limited (CIL) is an Indian state-owned coal mining and refinery company headquartered in Kolkata, West Bengal, India[2] and the largest coal-producing company in the world and a Maharatna company.[3][4]

The company contributes to around 82% [5] of the coal production in India.

CIL ranks 8th among the top 20 firms behind a third of all global carbon emissions[17].

Coal mining in India had primarily been a private sector enterprise.

This changed in September 1956 when the Government of India established its own coal company National Coal Development Corporation (NCDC).[18] Collieries run by the Railways formed the nucleus of NCDC. This was to fulfill the fast growing energy requirements in the country to support rapid industrialization taking place through 5-year Plans of the Government.

In the same year, Singareni Colliery Company, which was operating in Andhra Pradesh since 1920, was also brought under government control when the Central Government and Andhra Pradesh Government acquired its 45% and 55% shares respectively.

In 1971, the Government of India nationalized all the 214 coking-coal mines and 12 coke-ovens running in the private sector, excluding those held by TISCO and IISCO for their captive use. On 1 January 1972, a new Government company Bharat Coking Coal Limited (BCCL) was formed to take control of these nationalized mines and coke-ovens.

Next year on 30 January 1973, all the remaining 711 non-coking coalmines of the country in private sector were also nationalized. 184 of these mines were handed over to BCCL, and remaining 527 were handed over to a newly opened department Coal Mines Authority. 4 months later on 14 June 1973, this department was converted into a separate Government company CMAL. NCDC, earlier formed in 1957, was merged with CMAL, and 45% share-holding of Central Government in Singareni Collieries Company Ltd was also handed over to CMAL.

For better control, both BCCL and CMAL were brought on 11 October 1974 under the Department of Coal (now an independent Ministry) of the newly formed Ministry of Energy.

All the 4 Divisions of CMAL were given the company status, and were brought under CIL along with BCCL. 45% share-holding of the CMAL in Singareni Collieries Company was also transferred to CIL, and CMAL was closed.

Thus, CIL started functioning in 1975 with 5 subsidiary companies under it.

Pursuant to the Fuel Policy of 1974, CIL also started the construction of India's First Low Temperature Carbonisation Plant at Dankuni in the late 1970s. It was renamed as Dankuni Coal Complex, and is one of the only operational Coal Gas plant of this kind in the World.[19] Dankuni Coal Complex has been incurring heavy loss due to the Greater Calcutta Gas Supply Company (Previously known as Oriental Gas Co.) giving non-remunerative price and fixing them unilaterally.

Coal India is planning to venture into Coal-to-Methanol technology at the existing Plant.

How many bitcoins are traded by country

CIL is the largest coal producing company in the world.

CIL further operates 15 coal washeries, out of which 12 are for coking coal and 3 are for non-coking coal with 23.30 MTY and 13.50 MTY capacities respectively.

The details of number of employees, revenue for FY2012-13 and production of coal is given in the table below:

Shareholding: On 30 January 2015, 79.65% of the equity shares of the company were owned by the Government of India and the remaining 20.35% were owned by others.

Coal India is planning to hire 1326 more employees in year 2020. Advertisement published on the official website contains below details: 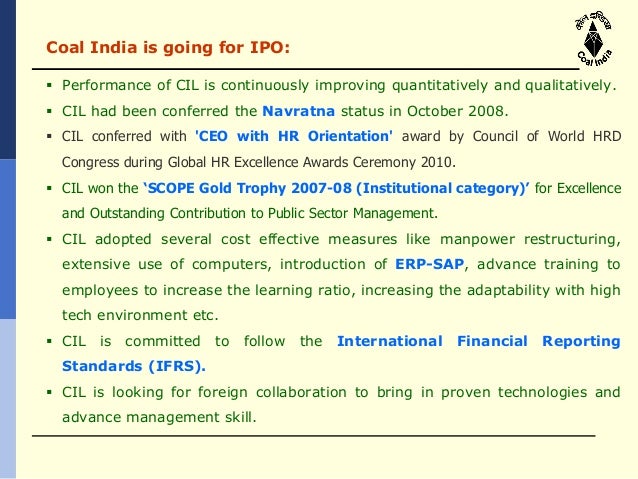 The one being the largest Penganga Opencast Of WCL, New Majri UG To OC, Makardhokra etc.

In its report, the CAG also pointed out that of the 18 sample open-cast and eight underground mines, ten mines had undertaken capacity expansion without environmental clearances.

The company, in its reply, said that applications for clearances to the projects have already been submitted to the Ministry of Environment and Forests.[28]
Coal mines near Tiger Preserves: In India, some coal mines are located near/below the tiger preserves.

Mining or construction of administrative offices in/near these preserves disturbs the wildlife. Hence environmental organisations like Greenpeace have been opposing mining in these areas.[30][31] Around 50% of the energy requirements of India are met by coal.[7] Hence the protection of wildlife is sometimes overlooked due to this fact.[32] In its argument the CIL said that in many cases it only does underground mining which does not hurts the forests above.[31]
Accidents during mining: The company is its Annual Report for FY 2012-13 reported lowest ever figures of average 66 deaths and 251 serious accidents per year for the period 2010-2012 indicating that safety at workplace is improving over the years.[7] Critics claim that the safety practices in most mines are inadequate, which is causing so many casualties.[33] It is also claimed that many accidents and deaths are not recorded and hence are not part of 'official figures'.[34]

Carbon Emissions: CIL ranks 8th among the top 20 firms behind a third of all global carbon emissions[17]