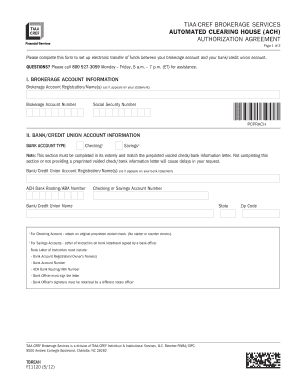 Much has been written about blockchain technology during the past few years. After the initial attention that the Bitcoin crowd received, the recent increase in the price of Bitcoin, and the press that other blockchain and distributed ledger technology (DLT) providers are getting, you may wonder what’s next and how these technologies fit in with the world of financial services and banking.

I have no doubt that  blockchain and DLT can be useful, but before we get to the main point of  this article, let’s briefly go over some history.

The idea of distributed ledgers has been around for quite a long time, but it wasn’t until the later 2000s that we had the connectivity needed for a public distributed ledger protected with cryptography. The blockchain concept, a type of DLT, first appeared as the underlying technology for Bitcoin in 2009.

The Relevance of Cryptocurrencies
Bitcoin is perhaps the most popular and widely known application of blockchain technology, but it is far from the only one.

There are more than 800 cryptocurrencies available, with a market cap of over $150 billion in August, according to Coindesk.

Bitcoin is a cryptocurrency and leverages a public, distributed, unpermissioned blockchain that uses advanced cryptography and public/private keys for security. Although it can and does facilitate payments and while it has the attributes of a virtual currency, it largely has been leveraged in two main ways: first as an investment vehicle similar to a stock, and second as a temporal mechanism for exchanging money where any risk of volatility is reduced because of the limited time the user holds it.

The second situation is why companies such as Overstock, DISH Network, Microsoft, Intuit, and PayPal have integrated Bitcoin into their payment options. This doesn’t represent a wholesale endorsement for the cryptocurrency or mean that it has gone mainstream, but rather that it was a “cool” intellectual and technology project that opened up a new avenue and presented very little risk. And it’s worth noting that these companies don’t keep bitcoins on the balance sheet (at least for payment acceptance) but use an intermediary to convert the cryptocurrency to a fiat currency upon acceptance.

This brings up the question of whether Bitcoin or any other blockchain technology is viable for use as a payment network.

Bitcoin is a public ledger and peer-to-peer network; however, most active users making purchases or exchanging bitcoins don’t access the system directly or mine new cryptocurrency.

They tend to access the Bitcoin blockchain through intermediaries. All in all, Bitcoin as a payment system doesn’t look much different in structure from the card networks, with the participation of merchants, acquirers, financial institutions, etc. However, it is much slower in the way it processes transactions because of the way it was intentionally designed.

My take on this is that Bitcoin doesn’t actually improve processes or reduce costs. In many cases, because of the increased overhead in computation, it increases the cost of processing a transaction significantly. 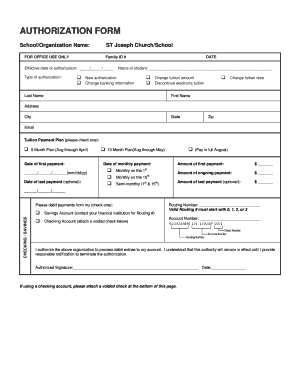 As we think about blockchain and other DLT technologies, they have some viability as a payment network, and Ripple has shown this in the case of cross-border payments. However, at this point in time the technology is unproven as a replacement for a country’s payment system, and more needs to be done to prove the point one way or the other.

All in all, Bitcoin as a payment system doesn’t look much different in structure from the card networks.

The other question people generally ask is whether cryptocurrencies could replace fiat currencies.

I’m not an economist, but I believe there are too many aspects of basic economics (including inflation, monetary policy, politics, and trust) to overcome. Virtual and digital currencies already have been adopted and are widely used for hotel, airline, and credit card points.

A country-sponsored fiat digital currency is much more likely long term, but that should not be confused with the term cryptocurrency. I believe the long-term viability of cryptocurrencies and the potential to replace fiat currencies is minimal. The underlying technology is where the real value lies.

Private
It is also worth noting that the deployment of public, unpermissioned blockchains, such as Bitcoin, do not represent the way that financial institutions may leverage this technology in the future.

This doesn’t mean that public blockchains should be avoided, but as with any technology decision, you must decide what is the right set of technologies for the application you’re using.

As mentioned earlier, blockchain is a type of distributed ledger technology – basically, a shared database.

The Evolution of the Bitcoin Clearing House

The way in which the data is ordered makes it unique.  In most cases, every participant has a copy of all of the data and the use of cryptography or a cryptographic hash to sign and secure the data. Newer DLT concepts, however, are moving beyond the traditional blockchain paradigm and are finding ways to share data only between the parties that need access, which could reduce security concerns of having “all” data shared.

Having a distributed ledger tends to be a more efficient way of sharing that information because the parties that need it already have it, which also leads to transparency.

Newer DLT concepts are moving beyond the traditional blockchain paradigm and are finding ways to share data only between the parties that need access.

Auditability and traceability are other big strengths of these technologies, because they tend to keep a complete a full history of who has owned the asset in the past, who had access to the information, and who currently owns it.

Automation can also be a driver for this technology, making it possible to leverage smart or self-executing contracts based on a transaction or a report of the performance of a contract-based metric (e.g., a service-level agreement or the delivery of goods).

When there are a lot of parties involved in a deal and each has to fulfill an obligation before the next party can perform its part, a blockchain can be leveraged to complete one part of the transaction and automatically trigger events for the next party. To take advantage of the automation, the terms of the deal and the various attributes would need to be agreed on in advance and then built into the application, making this more applicable for recurring or highly repeatable transactions.

These technologies can also benefit security, but the type of security ultimately depends on the instance of the technology you are leveraging.

One thing that is becoming clear is that many of the uses that are being explored tend to be in private or permissioned-based instances of blockchain and DLT instead of the public unpermissioned versions that first came to the market.

It may be that different use cases end up relying on a blockchain fabric that is best suited or customized for that type of service.

Financial Institution Use Cases
A few of the uses that are seeing the most promise in the financial institution marketplace are securities and stock trading, trade finance, and federated identity management.

Securities and stock trading currently requires structured deals for offerings and requires many intermediaries to have access to and validate information between the pre-trade and post-trade reporting and various servicing elements.

Blockchain or DLT could reduce the overhead required in these transactions, reduce the time to provide information to all of the parties involved, and simplify reporting, because all of the information and ownership would be in available to the parties that needed it (including the ownership of partial shares, which could be broken out as a portion of a block).

For example, the Nasdaq Stock Market worked with Chain.com to issue securities on the Nasdaq Linq blockchain ledger technology in 2015.

There is no doubt that we need a better way to handle digital identities, and this technology can be useful for financial institutions that wish to drive a standard forward.

Trade finance commonly involves multiple parties across various parts of a deal to complete their part before funding events happen.

When done internationally or as part of very large deals, there can be a number of intermediaries involved in validating that each party has met the obligations of the contract.

In March 2017, global shipping company Maersk announced it had completed a test that leveraged blockchain technology built in partnership with IBM to track freight shipments, allowing better security, less paperwork, and better access to information by parties such as the Department of Homeland Security. Additionally, seven European banks announced a partnership with IBM to build a cross-border trade finance blockchain. Combining these two use cases in wide-scale adoption could have a big impact on the industry.

The identity management concept is not a new one for blockchain technology; however, it may be one of the most difficult ones to put into practice given the number of parties needed and the lack of standards around proving and managing digital identities.

There is no doubt that there needs a better way to handle digital identities, and this technology can be useful for financial institutions that wish to drive a standard forward.

Proving an identity digitally is something that takes multiple points of data from multiple parties and sources. As noted earlier, blockchain technology can provide the platform those parties can both use to provide data to help prove an identity and allow access to parties that need to validate. Multiple companies have started to offer such technology, but no single player or industry has emerged as the standard.

Financial institutions and government agencies should look at this and work with the industry to help set standards.

What about Blockchain for Financial Institutions?
Many financial institutions have already invested in blockchain technologies. A few have invested in companies that have developed various blockchain fabrics, including R3, Ripple, Ethereum, and Chain. Most of the top banks have had their technology groups do hackathons and other small-scale projects that leverage these technologies.

Even a few large technology firms such as Microsoft and IBM have developed strategies and products that leverage blockchain technology; however, the first large-scale commercial application has yet to be released and adopted in the financial marketplace.

Blockchain and DLT have evolved quickly.

Many of the technologies that are being tested now have advanced much further than the early days of Bitcoin and other public cryptocurrency networks. Financial institutions should consider this technology in cases where multiple parties are involved or where data transparency, auditability, and traceability are important.

The use cases described in this article will continue to evolve, and when the DLT-based processes are more efficient than existing ones, financial institutions will adopt them.

We will likely see private, semi-private, or public permissioned blockchains as the primary way this technology is implemented in our industry. Advancements in payment networks across the globe and the move to single-message modernized payment systems may make blockchains and other DLTs more useful by allowing the financial transaction to be settled as a result of the movement of assets on the blockchain.

We may even see some central banks or payment rails working as a settlement node within this market.

To return to the main question: Is blockchain technology useful for banking? I believe it holds promise for financial services, and there are many people, projects, and dollars allocated across the industry trying to prove whether it is better than some of the existing technologies. It is very likely we will see larger-scale commercial adoption of this technology over the next year or so.